I feel moved by a Native friend’s email thread and by the recent police killing of George Floyd in Minneapolis to look deeply into inclusivity in our sangha, not just as a response to my friend but for the benefit of the sangha body I love and respect deeply. This is a long note. Please take good care of yourself while reading: take breaks, read just a paragraph. It is an invitation for practice, with no obligation to read or to respond.

I am grateful to the conditions that manifest in our community practicing together. As a new member at Mariposa, a lay Buddhist residential community, this is why I am arriving: to practice skillful means with others on the path, to address difficulties, and to explore a path forward together that is inclusive, welcoming, fresh, and alive – not just for us but for all who are suffering. Thank you for being here.

To start, I want to own my many identities, recognizing that I am both an oppressor and oppressed, occupying a body that sometimes feels genderless and sometimes very womanly, dating people of multiple genders, coming from ancestors that migrated from Japan to Hawaii and mainland China to downtown Los Angeles. I have economic privilege, growing up in a wealthy Asian-American family, with no student debt and educational privilege. I have an American passport, with the privilege of mobility and certain freedoms I often take for granted. In my Asian-looking body with fairly light skin, I am not subject to the scrutiny or violence that other racial minorities encounter regularly.

At the same time I often experience the microaggressions of racism: in school, on the streets, in stereotypes made of me before someone knows me. In Palestine strangers would refer to me as the china in Arabic, in Spain people often made hand gestures to refer to my eyes. After the pandemic began, Palestinian bus drivers refused me entry on multiple occasions, teenagers made racist gestures on the street.

I've experienced the pain and anguish of being a Japanese-American living in a Soto Zen community made up of primarily white practitioners, who often took on Japanese names, chanted in Japanese, and wore traditional clothing. I am left wondering what the line is between respect/reverence for traditional culture and cultural appropriation, tracing who benefits from minority cultures. Who has the choice of stepping into a culture that is not theirs for a time, benefiting financially and socially from association, but gets to step back when it is not convenient anymore? The white priest at Green Gulch can have her Japanese name but she won't experience the racism on the street when she leaves the monastery. Bearing witness to this during my time at Green Gulch in Soto Zen community was extraordinarily painful for me. It was also a time of deep introspection and returning home to my own ancestry, of reclaiming the pride I have in my cultural roots, after long separation due to the necessity of assimilation for my father, whose parents immigrated from China at age 19 with no money, and worked running liquor stores in the more dangerous parts of Los Angeles. Riots in 1991, similar in motivation to the ones ongoing now, burned their store down and forced my grandfather to retire.

In conversations with Zenju Earthlyn Manuel in residence at Green Gulch, I learned that the term “POC” originated to give Africans on non-African soil, whose ancestors were forcibly removed from their countries of origin, a label with which to identify. In this respect, I do not identify with the term “POC” to describe myself: I am a human being with defined Japanese and Chinese ancestry. At the same time, I resonate with the experience of displacement, loss of cultural ties, and othering that is so often embodied by those of non-white skin on a regular basis. I identify as being in the middle, floating between white culture (not a Person of Color) and being the other (the Person of Color, in the Global Majority). This identity is not one for others (regardless of their racial identity) to define for me.

I resonate with the struggle to feel comfortable in my body. I grew up in a largely wealthy white suburb where I felt out of place because of my Asian-looking exterior, and I resented my body for all of the ways in which it diverged from what was and is deemed societally "desirable", an image which I perceive as almost always reflecting a white woman with specific body proportions, skin appearance, weight, etc. I still notice resentment arising towards my body, and it is a continual practice to come home to myself, to listen to and embrace my body sensations, and to be with my darker and more difficult emotions without turning away.

In terms of dress code, I am open to the idea that showing one’s body is appropriate and encouraged in Native culture, and other cultures not my own. I hear that my friend of Native heritage felt a lack of respect by the request to cover her body during a recent retreat. I question the argument that it is the responsibility of the dresser (in gendered terms, the burden usually falls on the woman) to protect the viewer (often implying men) from sexual impulse and distraction. At the same time, I choose not to wear revealing clothing to the monastery or retreat centers because this helps me to focus and cultivate my internal practice, knowing that this may not be true of every person.

During the retreat, my friend’s desire to freely show her body in expression of her Native culture conflicted with the sangha’s request to dress modestly. I see that both strategies came from needs of reverence and safety: my friend for her body and Native culture, the sangha for tradition within Plum Village monasteries. This is an area worth exploring. I do not wish to cling to form simply out of Buddhist tradition, or an idea of respect defined by the majority. If we are not careful, labeling behavior as “disrespectful” when it goes against our cultural norms can stifle diversity and motivate homogeneity and lack of inclusivity.

The other side of this exploration is that our practice provides an existing cultural refuge for others, including folks of Vietnamese and other Asian descent accustomed to modest dress. If we include more forms of dress, do we remove this space as a cultural refuge for these individuals? To me it is not a question of who takes priority, but how we can create safety and opportunities for sacredness and reverence in a shared container for as many as possible.

With all of this said, I care deeply about harmony in the community. Adhering to a set of ethics and even a dress code can work for me, as long as the process of identifying those ethics and standards are completed in a way in which each of us has the ability to agree, propose changes, and diverge when necessary, and in which efforts have been made to be inclusive and welcoming.

I deeply appreciate the questions of how to make the practice of mindfulness (in the Plum Village tradition) more inclusive and inviting to others. I’ve spent the last few years practicing with this question in my heart across practice centers in France, Germany, the states, and while living in Israel and Palestine. I have seen firsthand how teachings grounded in neuroscience and mindfulness can provide much healing to those impacted by trauma and severe stress, and worked with young people living in refugee camps in Bethlehem to this effect. On this note, I am heartened by the efforts I saw of Plum Village monastics and lay friends to welcome Palestinians and Israelis into the practice: monastics visited Jerusalem, Hebron, and Beit Jala, fundraised to send 20 young people to Plum Village, donated books for Middle Eastern sanghas, held welcoming and tea ceremonies for us upon arrival. I am aware that the perception of our community by others may be different than mine in Palestine, and I welcome this knowledge into my awareness.

This question of inclusivity is one that I will meet and attempt to answer in my actions for the rest of my life. I deeply believe in Thich Nhat Hanh’s teaching that practice must be brought off of the cushion into our communities. Each of us has the responsibility to inclusivity as a facet of love and a mark of true freedom from attachment. In my experience, inclusivity is only furthered by requests from individuals to articulate and invite a minority voice. Change happens in many of these small steps over time. I know that it must not be the burden of the minority to speak up but the responsibility of the majority to create space and invite others to speak, and I am committed to doing my best to examine my own beliefs and practices that perpetuate a dominant culture at the expense of marginalizing minority voices further. I am committed to advocating for a more inclusive community while striving to honor and hold space for the safety and ease of those within it. These do not have to be in conflict.

I want to close by saying I deeply love and take refuge in the practices of Buddhism as taught by disciples and students of Thich Nhat Hanh. I feel a deep sense of belonging in sangha and reverence for the practice that allows me to touch joy and healing, knowing that this is possible because of my own identities and experiences. At the same time, I practice with my own resistance to form, often choosing to let go and surrender to the form in place. Sometimes this is spacious and a true refuge which elucidates my attachment to relative truth. Sometimes the pain of my relative embodiment arises and I do not choose to surrender to form; instead I articulate my needs and ask with love for changes to manifest. Sometimes this is possible and other times I must practice with my own disappointment, frustration, and impatience. Not to put a value judgment on these feelings, my impatience can arise in creativity, passion, persistence, fighting for what is right and true. My disappointment shows me my own wounds. My frustration gives me the courage to ask for what I need. Throughout this process, my practice helps me to hold these feelings skillfully and to speak in a way that (hopefully) allows others to listen.

There is so much more to say which will require time and energy to ponder. For now, this is all I have. Thank you for sharing your many voices and I’m looking forward to exploring the questions of inclusivity and participation in the container of our community moving forward.

This past Sunday June 14, I sat crosslegged in front of San Francisco’s City Hall, letting the words of the poet Langston Hughes flow over me, a vast and 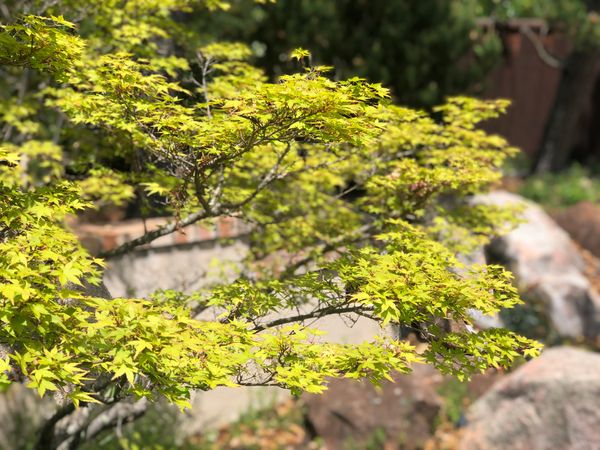 Tomorrow is your 30th birthday. You will celebrate at home, surrounded by the love of your brothers, mom, and dad, in a time of blooming water lilies, red maple saplings,

melanie gin
On race, privilege, and inclusivity in practice space