Peace and conflict in bus rides and meditation

I was on an Arab bus in Jerusalem when they appeared like shadows from the darkness of night. Two young bodies in drab green carrying machine guns, they bypassed me without a second glance. I, cloaked in the body of an Asian tourist, did not have my American passport on me and showed them a bus ticket as an alternative. They did not care.

They stopped instead at the woman across from me, reviewed her official documents, and then proceeded down the length of the bus, scanning for Arab faces, checking papers. Within minutes, the inspection ended. Everyone had passed: either they looked non-Arab or they had their documents in order. The soldiers dismounted, the bus driver closed the doors, and we continued our ascent towards Bethlehem.

This is the occupation at work. Two Israeli soldiers enter an Arab bus in Jerusalem and single out Arab bodies for document checks. They turned our bus into a military checkpoint for those five minutes.

This is my first time witnessing this here in Jerusalem. I cannot stress enough, we were in Jerusalem on the bus, not threatening anyone or engaging in any difficult behavior. This was not the West Bank and certainly not an official checkpoint.

I see that this city too is a war zone, and the army is treating this city’s Arab residents like enemy combatants. No matter that hundreds of thousands of Arab Palestinians live legally within Jerusalem. No matter that they make their homes here, go to school and work here, have lived here for generations. The army does not care.

Some of my friends without proper documents have sat on similar buses before. I worry about their safety, ask them what story they will use should an Israeli soldier ask for paperwork. They laugh, we joke about it, and the moments pass without resolution. Our silence says, this is the way things are, and we will laugh because we can.

Today I realize that I’m attached to my anger and to my suffering. The scene from the bus yesterday — the two Israeli soldiers wielding their machine guns and storming through the aisles — keeps playing in my mind. I am in the company of Israelis when the suggestion arises to invite in a sense of wellbeing. My body breaks down in tears and defiance. I won’t stop suffering, it says. Look at my sorrow, look at the trauma this occupation is causing.

For a moment, I am surprised by my resistance to wellbeing. Why do I want to perpetuate my own suffering? I get intimate with the sorrow, seeing in it deep fear that soothing my suffering will make me forget the tragedy. That without anger, I won’t be able to act. I see too that being able to forget and to walk away is a privilege of having an American passport. It is a privilege my body does not want to claim. I don’t want to be separate from the pain of my Palestinian friends, for to be separate from their pain is to not truly understand. To be okay in the midst of tragedy is a lack of belonging to Palestinian society.

When I see my resistance to letting go of suffering as a desire to belong, I can choose to invite in small moments of joy. I start simply, imagining the smile of Hazem’s seven-year-old son talking about his love of Legos. He says he’ll build anything: houses, ships, cars. I imagine Lorette’s feast of chicken, rice, couscous, and fresh salad a few days back; and hanging laundry with Nicola this afternoon. I let the joy of being with people flow over me like water, soothing my soul.

Joann points out that this attachment to suffering is the predicament of the Palestinians and the Jews. Both groups point to different tragedies: the Holocaust, pogroms, and centuries of discrimination for the Jews, the Nakba and military occupation for the Palestinians. What would it mean for either group to let go of the narrative of suffering? Would the burden of fear and anger release, would peace and reconciliation blossom?

I arrived at my Jerusalem house just after eight last night, weary from a long day at school and haunted by the bus ride that carried me home. I committed to sit for peace until the Israeli elections closed for the night, my own stand for peace in the midst of war.

I started sitting, and the simple gift of silence invited in my tears. I grieved for my Palestinian friends, who cannot board a bus or walk home without being targeted by soldiers. I grieved for my own loneliness and exhaustion, the mental tangle of crossing checkpoints every day, and the barriers to sharing fully on either side of the border. I grieved for Israelis too, for the fear and sense of duty that touches their own hearts and maintains the occupation.

When the monastics were visiting, Brother Phap Lai suggested that the political situation here in Israel and Palestine is akin to a koan, an unknowable question posed by Japanese Zen masters to their students. When given a koan, the student goes away, ponders, and comes back with an answer — an answer found not by the logical mind, but by the state of knowing found in deep meditation. Brother Phap Lai suggested that the answer to each koan is non-duality.

If this situation is a koan, I must look deeply to recognize my own tendencies to separate and blame. I see that I’m angry at the Israeli soldiers and their treatment of Arab Palestinians on the bus. My anger creates separation, and this separation moves me away from my intention of peace.

As difficult as it is, I must remember that my love begets love, my anger cannot beget love. I must touch reminders that bring me home to truth. Can I remember that I could be the soldier on the bus and the Palestinian singled out for questioning? If I were in their places, I would perhaps do as they do.

Today, I hear the schoolgirls laughing outside my window, perhaps headed to the store for half-a-shekel ice cream cones. I feel the presence of the olive trees in the ground, the man in white keffiyeh sitting next to me on the bus this morning. In them, I see my own joy and resilience, and can touch the peace in my own heart, if just for a moment.

These little wisps of peace and joy are the balance to the difficulty of living here. At the retreat, Sister Luc Nghiem says as much: we must nourish ourselves with our own joy in order to be present with our suffering. We cannot let the suffering overwhelm us until we are drowning.

She approached a group of us at a balcony overlooking two ridges separated by the valley below. On the far ridge, an Israeli settlement composed of white houses and red roofs dotted the landscape. On the close ridge, olive trees were being cultivated in terraced agriculture.

“I choose to focus on this side,” she said, pointing to the ridge of olive trees, “while not ignoring the presence of that one.”

Last night, I fell asleep after just an hour of sitting. I was calming my body and trying to imagine a more peaceful world. I pray now that in the darkest of nights, love is still there, that my anger and fear don’t harden my heart but break it wide open.

The koan of Israel and Palestine is the koan of the world. 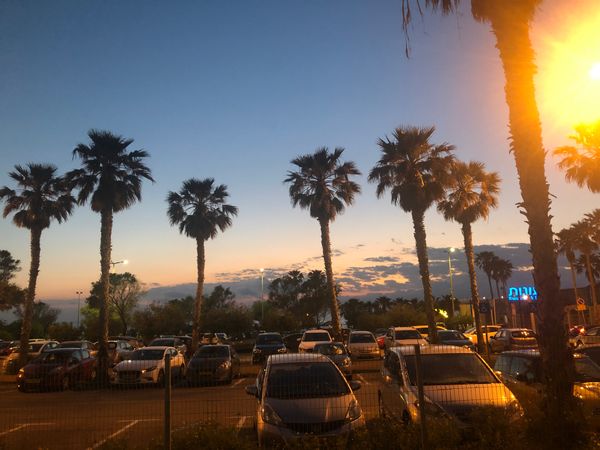 Mourning the death of an 18 year old volunteer medic killed by sniper fire in Dheisheh Camp.

melanie gin
The way out is in…terbeing